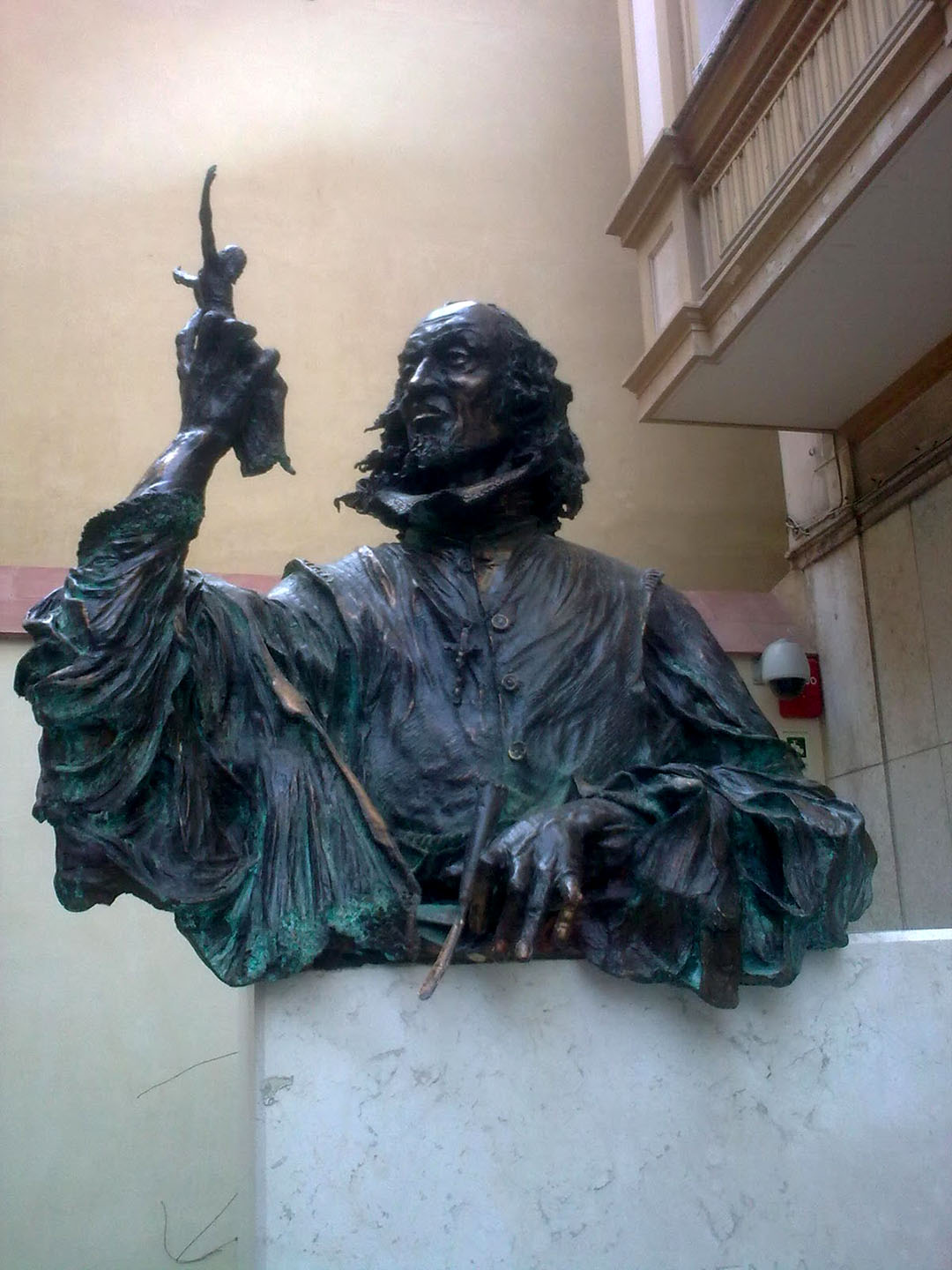 1652 Thought to be the year of Pedro de Mena’s marriage to Catalina Victoria: the legal document relating to the dowry, drawn up by Gerónimo de Morales, notary of Granada, is dated 1652.

1657 ó 1658 Legal document drawn up by Pedro de Urrea, notary of Granada, relating to the completion of an altarpiece by Pedro de Mena for the church of Nuestra Señora de la Victoria, Granada city.

1663 7 May. The Toledo Town Council appoints Pedro de Mena as its official sculptor.

1664 In Málaga Pedro de Mena signs off the Magdalena for the Visitación Convent, Madridd.

1672 Pedro de Mena and Juan de Mena rent some workshops in Granada from the Refugio Hospital.

1673 He carves the San Pedro de Alcántara de Córdoba, and the Descalzas busts.

1673 16 December. Document written in the presence of Gaspar Gómez Rentero relating to the foundation of a Catholic Chaplaincy by Pedro de Mena and his wifeo.

1675 3 January. He makes his will jointly with his wife, in the presence of Ciriaco Domínguez, notary of Málaga.

1675 He carves the images of San Francisco and Santa Clara for San Antón Church, Granada.

1675 ó 1677 He carves the praying statues of the Catholic Monarchs in Granada  Cathedral.

1676 He signs the Concepción de Murcia in Málaga.

1676 21 November. His youngest daughter enters the convent of Císter, Malaga.

1676 21 November. Inauguration of the Nuestra Señora de los Reyes altarpiece in Málaga Cathedral. Permission to build it had been requested from the Council of the Racioneros Brotherhood on 4 February.

1678 Pedro de Mena comes to an agreement with Málaga city hall regarding the images of San Blas and San Julián.

1679 He buys the house in Afligidos Street which will become his permanent home and workshop, from María Bueso for 8.163 reales.*

1679 7 December. While ill in bed Pedro de Mena makes amendments to his will in the presence of Pedro Ballestero, notary of Málaga. He carves images for Córdoba Cathedral.

1680 He finishes the San Blas and San Julián images.

1681 He carves the statues of the Catholic Monarchs at prayer for the altarpiece of Málaga Cathedral.

1682 15 February. The Royal Brotherhood of Caridad agrees to hold a solemn procession to move an image of San Juan de Dios, given by Pedro de Mena, to the hospital.

1688 10 May. Pedro de Mena names his wife as executor of his will, in the presence of Pedro Astudillo, notary of Málaga.

1688 19 November. Inventory of his possessions.

1688 30 December. His widow amends her own will, taking into consideration Pedro de Mena’s wishes and the powers assigned to her by him.