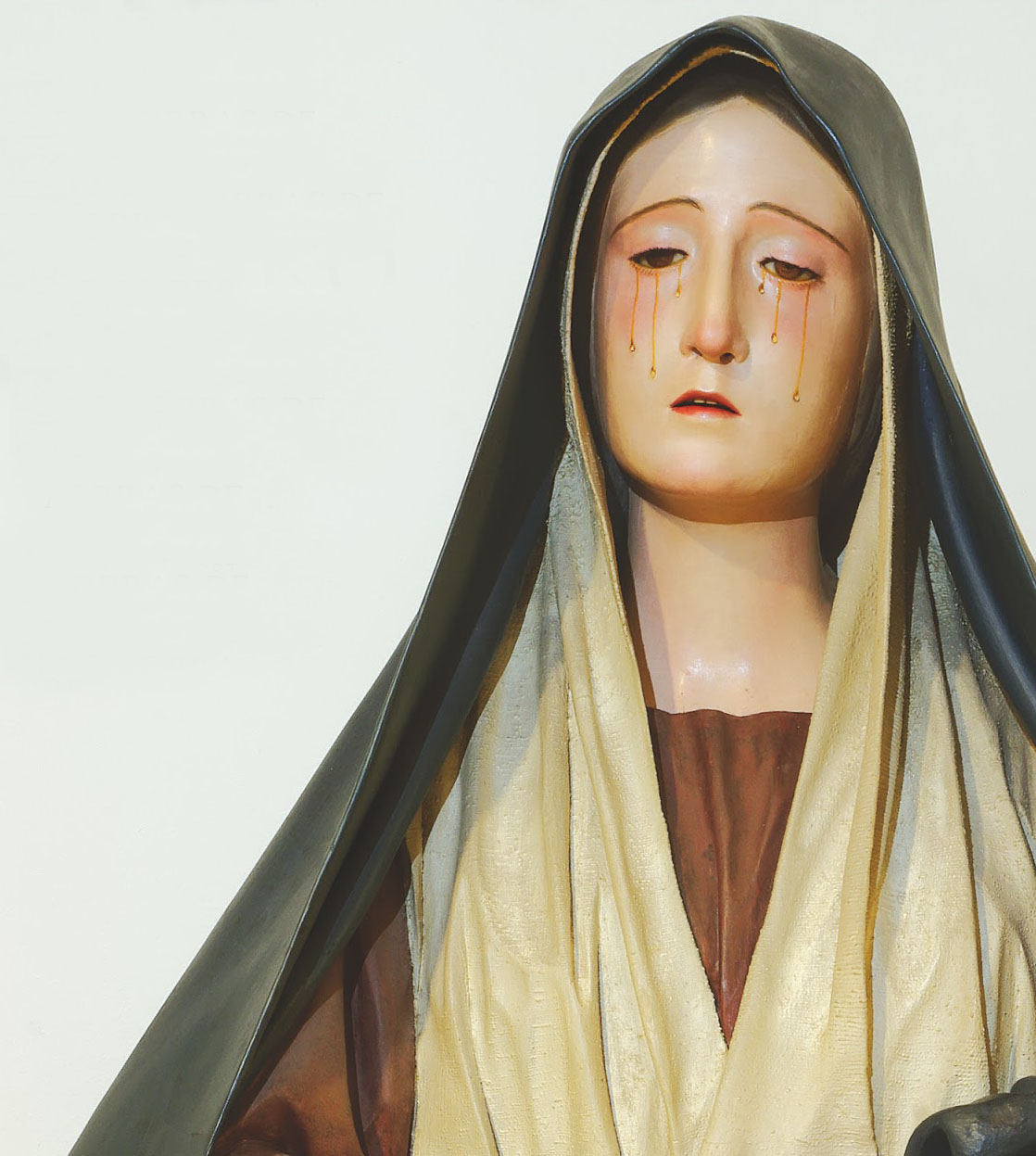 One of the museum´s main aims have been to value and promote the importance of Pedro de Mena y Medrano, the outstanding 17th century sculptor of religious images, and to show his work.

Together with the statue which has been put up in front of the building by Virgilio, we highlight the Memorial Room dedicated to Pedro de Mena, equipped with the most with the most advanced technology. An audiovisual of ten minutes shows the visitor, the main achievements of his life and work in an entertaining and through way. The process of artistic creation from his birth and education in Granada with his father, Alonso de Mena, who was also religious images sculptor and his teacher Alonso Cano; his definitive establishment in Málaga from 1658 to finish the Cathedral Choir Stalls; the range and spread of his devout polychrome wood works in Spain and in the Americas; and moreover his busts Ecce Homo and Dolorosas of domestic devotion. A replica of his lost mythical Crucificado de la Buena Muerte from the Santo Domingo Convent completes the content of this Memorial Room which has access directly from the main patio of the house.

An interactive point directs the visitor to places where the works of Pedro de Mena in Málaga (Santa Ana Abbey, Málaga Cathedral, De la Victoria Sanctuary…) and in the rest of Spain.